‘Asli King Khan Kaun’: Find Out Who Is The Busiest Khan Among Aamir, Salman And Shah Rukh

The 90s hold a special place in the hearts of our generation. For many it’s a callback to a time when things seemed simpler.

Even our films dependably featured the handsome mugs of 3 iconic actors. It was the time when the Khans of Bollywood ruled the roost. The three Khans as they’re colloquially referred to ended up giving us some of our most memorable cinematic moments with Kuch Kuch Hota Hai, Hum Dil De Chuke Sanam and Andaz Apna Apna among others.

Together, Shah Rukh Khan, Aamir Khan and Salman Khan dominated the entire Hindi film industry, enjoying a monopoly that hasn’t been seen in Bollywood since their halcyon days.

However, they might not exactly be the Titans today that they once were, having had the sheen wear off their Midas touch with the lesser successes of their most recent releases. Shah Rukh Khan’s last release, Zero, tanked at the box-office. Salman Khan’s previous releases, Radhe, Dabanng 3 and Bharat can barely be considered hits, despite his devoted fans’ attempts. Even the eternal perfectionist Aamir Khan had to eat a slice of the humble pie after the colossal failure of his last release, Thugs of Hindostan.

Unsurprisingly, they’re still some of the most in-demand actors in the industry. It seems as if they’re working hard to break the jinx. Despite the pandemic that gravely impacted film industries across the globe, Bollywood biggies Shah Rukh Khan, Aamir Khan and Salman Khan have kept themselves busy with new projects.

Who’s The Busiest Khan Out There? Aamir Khan 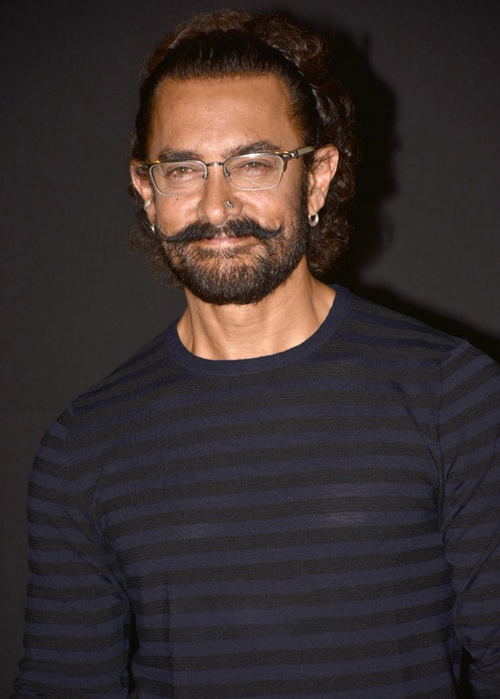 As mentioned earlier, Aamir Khan's last Hindi film, Thugs Of Hindostan (2018), failed to impress at the box-office. In 2021, the actor could be seen shaking a leg in ‘Har Funn Maula’, a song from Kunal Kapoor and Amyra Dastur’s latest release Koi Jaane Na.

Sallu Bhai’s Radhe: Your Most Wanted Bhai may have satiated fans who had been dying to see Salman Khan back on the silver screen, but the film received a measly 1.8/10 on IMDB. Most recently, the actor had been spotted with co-star Katrina Kaif in Russia, shooting for Tiger 3.

There’s also Antim: The Final Truth which will feature Salman Khan alongside his brother-in-law Aayush Sharma.The 15th season of Bigg Boss will see Salman Khan take over hosting duties yet again. There have also been rumors that Salman Khan would be seen in Pathan, albeit in a brief cameo appearance.

It’s been a while since we saw Shah Rukh Khan in a film. His last outing was Aanand L Rai’s Zero in 2018, an unexpected flop from the King of Hearts. The actor however has kept himself busy producing several OTT projects under his Red Chillies Entertainment banner.

Pathan will see Shah Rukh Khan alongside Om Shanti Om co-star Deepika Padukone, and John Abraham. He’s also been rumored to be a part of a project with director Atlee.

Are you excited about your favourite Khan’s upcoming projects? Let us know in the comments!