Whenever an Indian team is announced, the biggest talking point is always about the player selection, with most fans interested in knowing whether any budding talent made it to the squad or if some high-profile players lost their place.

However, that wasn’t the case when the Indian squad for the upcoming T20 World Cup was announced.

More than the players, everyone was talking about former India skipper MS Dhoni, who will be joining Team India as a mentor for the lucrative tournament.

How excited are you to see him back? pic.twitter.com/znPWBLeYNo

Apart from sharing this good news with the Indian fans via a tweet, the BCCI also posted a video where its secretary Jay Shah could be heard making the important announcement.

Mr. @msdhoni will join #TeamIndia for the upcoming #T20WorldCup as a mentor.

The announcement from Mr. @JayShah, Honorary Secretary, BCCI, which made the entire nation happy. pic.twitter.com/2IaCynLT8J

Delighted India fans welcomed the decision with open arms and thanked the BCCI for making Dhoni, one of the most successful skippers to have led the country, a part of the squad once again.

Mr. @JayShah, Honorary Secretary, BCCI announces #TeamIndia squad for the #T20WorldCup and congratulates the team for their brilliant show in the ongoing Test series against England.

Besides Dhoni’s appointment on a one-off basis and team selection, there was one more thing that caught everybody’s attention. The way Jay Shah made the announcement in English, it reminded many fans of their own struggles during school days.

While some people made fun of Shah’s English, others suggested that if he was not comfortable in the language he should have made the announcement in Hindi and saved himself from any embarrassment.

@JayShah and get one Mentor for yourself too mate?

Me in the third standard reading out my essay on India's national animal in class. https://t.co/U9VoAf5Czr

Forgot to say "fullstop" at the end https://t.co/E0kKqzLEhd

This is how i used to read when i was in 4th standard #JayShah #T20WorldCup https://t.co/97Yvh7vKbS

My Nephew be like :- My answer is also the same,nothing different.. pic.twitter.com/tJAYl3dVKI

Me giving morning assembly speech in my school

Jay Shah, who is the son of Home Minister Amit Shah, is often slammed for getting the role at the world’s richest cricket board with the influence of his father and watching the video, some people began targeting him yet again and even started calling him 'illiterate'.

Some people were also pissed with the fact that instead of chief selector Chetan Sharma, Shah announced the team.

This is the first time I'm hearing board secretary or others announcing squad rather than selecters..

There is no denying that the BCCI secretary wasn’t as crisp as he should have been but speaking in Hindi would have been an easier way out for him and he didn’t choose that route.

One possible reason why he chose to make the announcement in English could be because Dhoni has a massive fan-following in Chennai and not many people speak or understand Hindi in that part of the country. 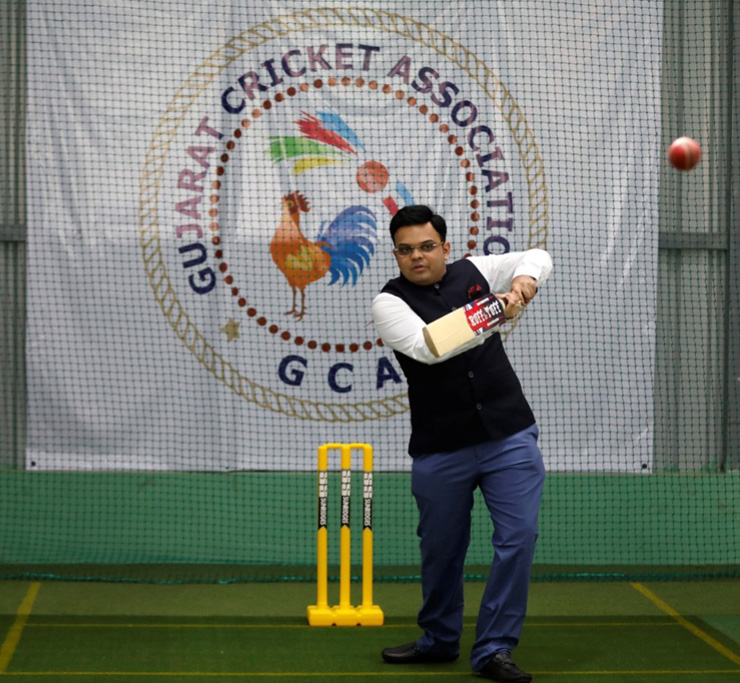 So, instead of criticising someone just because he wasn’t fluent in English, we should appreciate the fact that he tried his best.