Big Boss 13 winner and famous actor Sidharth Shukla’s untimely demise at a young age of 40 continues to send waves of shock in the hearts of all his ‘Sidhearts’, friends, family and the people from the entertainment industry. The actor who not just won the reality show but also millions of hearts across the world left for his heavenly abode last week after succumbing to a cardiac arrest.

While his friends and family continue mourning this loss, his friend and actor Vidyut Jamwal shared a long video which is an emotional tribute to their friendship. The 18 minute long video is a beautiful chronicle of their friendship and he has described his best friend in a way only a true friend can do.

He begins by talking about how they met in 2004 at a gym and they became gym buddies before becoming best friends. He recalled how Sid was wearing a white tee with beige trousers when he saw him for the first time. 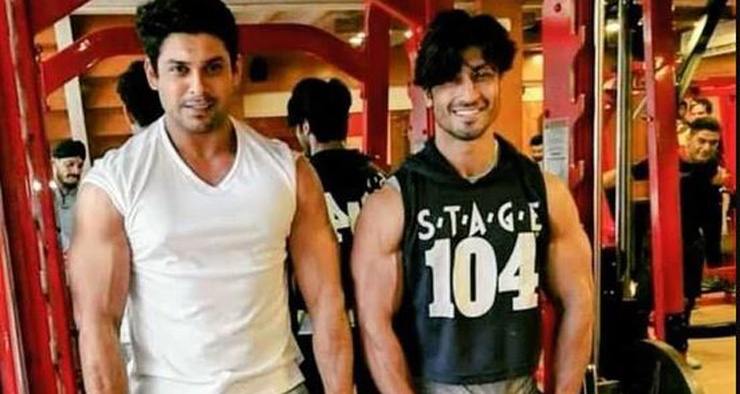 The two friends often binge watched WWE matches and when he starred in Commando, Sidharth, who was a big action fan, was his biggest cheerleader. Vidyut then elaborated on how he felt that Sidharth was the true definition of an ‘asli mard’ who was raised by three strong women in his life and who respected every human with utmost dignity and love in his heart. He mentioned how he used to borrow Sid’s Hayabusa during his modelling days and often ended up at his house to eat Rajma Chawal made by his mother.

Vidyut then explained the kind of love Sidharth harboured for his mother and how he was the perfect son. “Mujhe lagta tha main apni maa ko sabse zyaada pyaar karta hoon par Usko aap ke saath dekh ke Mujhe sharam aagayi..” he spoke while getting emotional. An overtly emotional Vidyut ended his tribute by explaining how he felt when he saw his best friend for the last time during the final rites. “Mein pahli baar kisi cremation pe gaya hun jaha mujhe laga ki bhagwan cremate ho rahe hai. There was God lying there and there people around with folded hands sincerely. I felt very proud of you Sidharth Shukla. I love you.” The video ends with him playing a special song for his friend before bidding goodbye.

It's moments and tributes like these that prove that one can touch so many lives in a lifetime and not even realise. Sidharth’s memories and presence continue to live on in this world in the hearts of his loved ones and his huge fan following. We pray for the peace of his soul.