Being teased is possibly one of the most exciting feelings in the world, especially when the thing being offered in return is worth it.

But the catch here is that it needs to be in proportion so the person doesn’t lose interest. After all, there is a thin line between teasing someone and frustrating them to the core.

Like the one that the team for the upcoming film ‘Brahmastra’ has recently crossed, after it posted a few BTS pictures from the sets of the movie, driving several fans to the point where they were forced to say things like, “release nahi kar sakte toh bata do.”

And honestly, they aren’t to be blamed.

Year after year, both the hype and the wait for this film by Ayan Mukerji that is supposed to star actors like Alia Bhatt, Ranbir Kapoor and Amitabh Bachchan, has increased, leaving fans exasperated.

A recent set of BTS pictures from the shoot showed Ayan sitting Ranbir and Alia down on a patch of artificial grass while the set behind them gets ready.

In another picture, Amitabh Bachchan can be seen in his character talking to Ayan. A similar picture featuring Nagarjuna Akkineni and the fourth is a silhouette of Ayan and Mouni Roy.

While the pictures were exciting insights into this much-awaited project, it did annoy a few fans who were done with the years-long wait for the film.

Turns out, the movie was slated to be released on August 15, 2019, while the logo of the movie was to be unveiled at the Kumbh Mela on March 4, 2019. However, later the release date got pushed to Christmas 2019 and then to summer 2020 for the VFX was too heavy.

Like this, after getting pushed for several other times, fans lost their cool this time and called the team out for testing their patience.

One user wrote, “If possible, also release the damn film instead of keeping your audience waiting for over 7 years with the same nonsense and posting pictures once in a while to pacify them. Release nahi kar sakte toh bata do (let us know if you cannot release it),” while another frustrated fan commented, “Bhai kab release karoge? Next panchvarshiya yojna me (Brother, when will you release it? In the next five-year plan)?”. 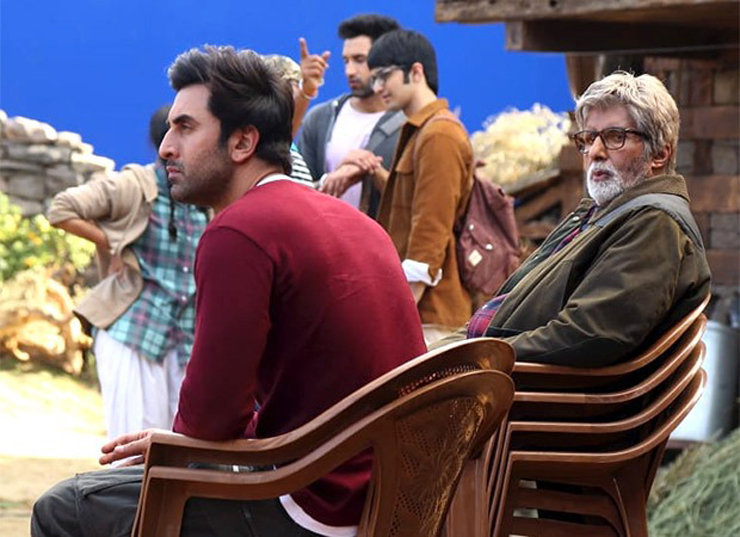 The most-awaited film for the year is part of a three-part epic fantasy film series and is said to have been made on a budget of more than Rs. 300 crores.