Brings back memories, doesn't it?

Well, it truly was the anthem of the entire country's Bollywood generation back in the day who were mad about Sunny Deol and his adrenaline-powered Hindi action films.

The song belonged to Sunny Paji and Ameesha Patel's blockbuster film Gadar, which was released way back in 2001. 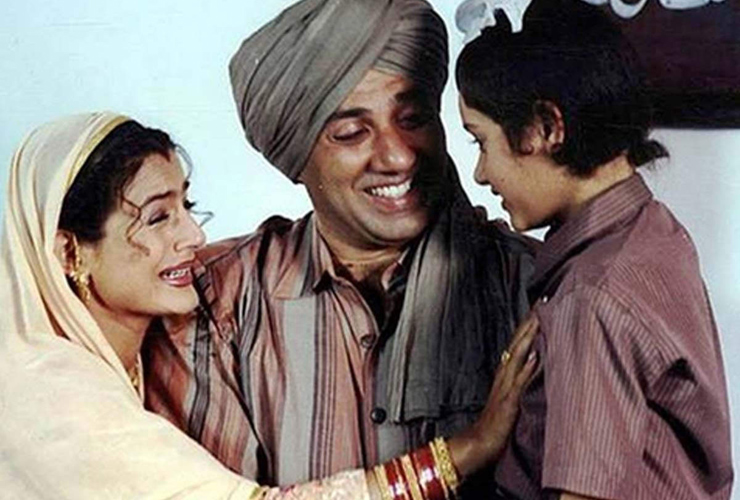 Be it for the epic Sunny Deol dialogues, the action sequences, or the peppy songs, the movie was a total package and showed Sunny at the peak of his powers in the Bollywood industry.

Now, almost 20 years have gone by and we've barely seen much of Sunny and his 'Dhai Kilo Ka Haath', something that we obviously miss when tuning in on a Bollywood movie.

It looks like the 90s and 2000s songs aren't the only things that are coming back to Bollywood.

Sunny and Ameesha Patel are back with Gadar 2, with the movie reportedly carrying on from where it left off 2 freaking decades ago!

Ameesha even gave fans a brief glimpse into what the film would look like as she shared an image from the shoot of the film while sitting alongside Sunny, who can be seen wearing a turban and red kurta.

And boy! Has he not aged at all! Actually, both of them!

Whether it's the damn make-up team or the stars taking skincare routines way too seriously, they have clearly aged as fine as wine

The film is reportedly going on floors today only in Himachal Pradesh, with both Sunny and Ameesha returning to their iconic characters of Tara Singh and Sakeena.

Following the tweet, however, fans really couldn't keep calm as they relished the idea of the original finally getting the much-awaited sequel.

This is really happening? Wow! The first movie was amazing, especially the dialogues. Hope the second installment also keeps us amused.

After a long back come back

You both still look the same.. all the best

I am so excited to this movie...

Well, as you can see, people are really waiting for Gadar 2 and a chance to see Sunny bring some new iconic dialogues to the big screens would really be amazing!

“We started filming of Gadar 2. Will post Tara Singh soon.” he wrote.

Also, another thing about the film is that actor Utkarsh Sharma, who played the role of Sunny and Ameesha's son in the first film is reprising his role in the sequel.

Isn't that one big happy family having a proper get-together? Well, we sure can't wait for it!