Yet another Bollywood eye candy broke millions of hearts and went off the market after Commando movie star Vidyut Jamwal announced his engagement to designer Nandita Mahtani.

The duo, that had been rumoured to be dating for a while now, travelled to Agra and apparently, pulled off the biggest and happiest stunt of their lives.

In an Instagram post that read the caption as, “Did it the COMMANDO way” the to-be happy couple was seen posing for the camera in one of the most unique ways.

As the caption explains, even the engagement proposal was done in a way that fits best with actor Vidyut Jamwal’s  reputation of being a daredevil.

Both Vidyut and Nandita were seen rappelling down a 150 meters high wall at a military camp near Agra where the actor asked Nandita’s hand for marriage.

As a response to Vidyut’s cheeky proposal and caption, the stylist and designer posted the same picture on her own Instagram account with a caption that was just as sassy as that of Vidyut’s.

She wrote, “Couldn’t keep him hanging any longer…said yes.” 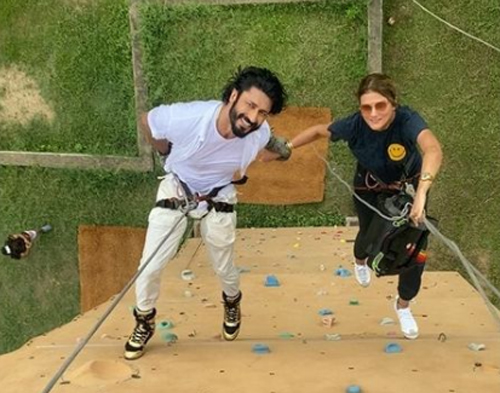 Nandita could also be spotted wearing a big and blinding rock on her finger, looking as happy and radiant as ever.

Meanwhile, fans of the Commando actor  are rejoicing at the news of the happy couple whereas quite a few girls feel heartbroken at Vidyut being engaged. 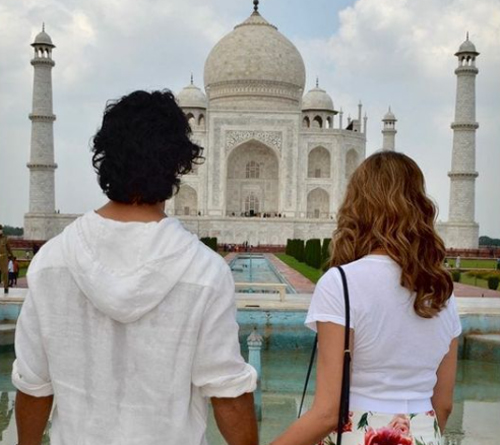 This is also the first time the couple confirmed the news of dating each other, for they were always rumoured to be together but had never admitted so in front of the camera.

Of course there had been some social media PDA where Nandita congratulated Vidyut for his upcoming project and Vidyut responded by called Nandita “Nandi baby.”

The actor was last seen in the movie The Power alongside actors like Shruti Hassan, Salil Ankola and Yuvika Chadhary.